Simchat Torah is a festival of joyful celebrations over the Law.
The holiday marks both the end of the annual cycle of Torah readings and the start of the next cycle. 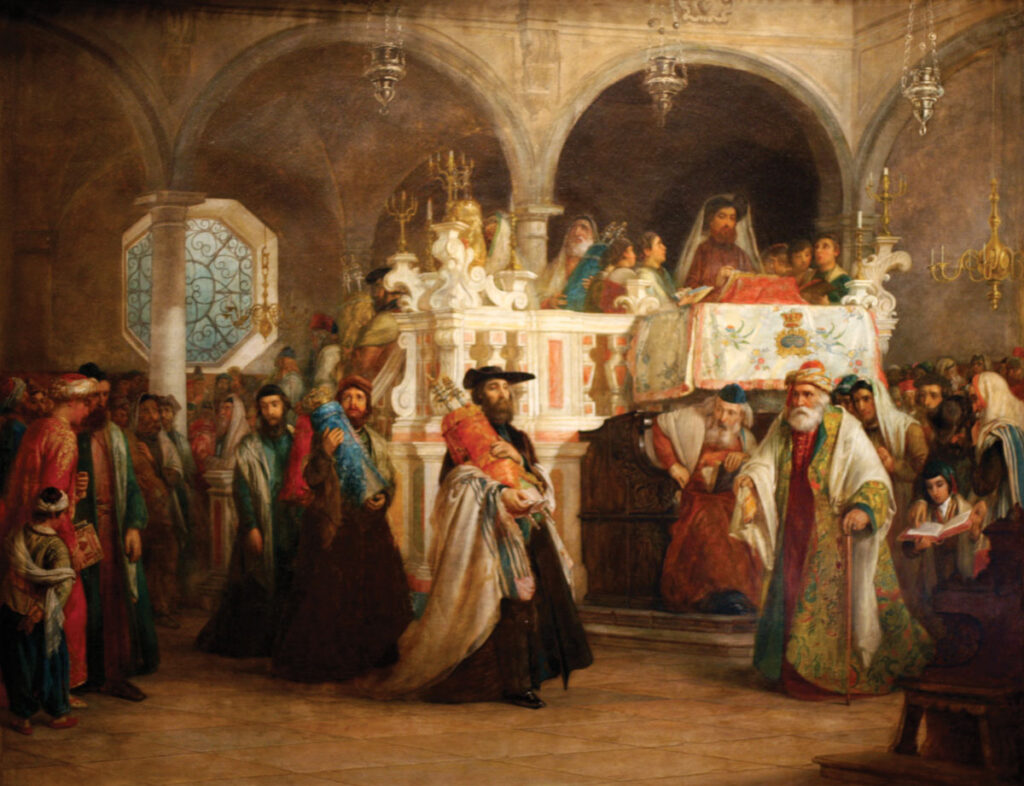 Simchat Torah, which began on the evening of October 10 this year, is part of the Jewish holiday Shemini Atzeret, immediately following the seven feast days of the Sukkot festival in the autumn. Celebrations take place in the synagogue with a public reading from the Torah during an evening service, followed by a subsequent morning service.
Festivities begin with the evening service when all the synagogue’s Torah scrolls are taken out of the ark where they are kept and carried around the synagogue. Scenes of joy with the Torah scrolls often continue outside the synagogue where dancing and singing can go on in the streets until well into the evening.
In many synagogues, this ceremony is held in accompaniment with songs about the Torah, the goodness of God, the longing for the Messiah and prayers for the restoration of the house of David and the temple in Jerusalem.

During the evening, many Jewish congregations read part of Deuteronomy 33 that begins “This is the blessing that Moses…pronounced on the children of Israel before his death …”
During the morning service the next day, the ark is reopened for public reading from the Torah, when the end of Deuteronomy is read aloud, followed by the first parts of Genesis.
Every time the ark is opened, worshipers leave their seats to dance and sing, carrying the Torah scrolls in their arms in a celebration that can last for several hours.
Shemini Atzeret is a two-day festival where the first day is called “Shemini Atzeret” and the second day “Simchat Torah”. In Israel, Shemini Atzeret and Simchat Torah are celebrated on the same day, from evening to evening.
In the last century, Simchat Torah came to symbolize awareness of a Jewish identity. The Jews of the Soviet Union in particular celebrated the feast days in the streets of Moscow. On October 14, 1973, more than 100,000 Jews attended a rally in connection with the Simchat Torah in New York in solidarity with Refuseniks and Soviet Jews.