Israel and Saudi Arabia do not have any official diplomatic relations. However new reports have surfaced indicating extensive, behind-the-scenes diplomatic and intelligence collaboration between the two countries. 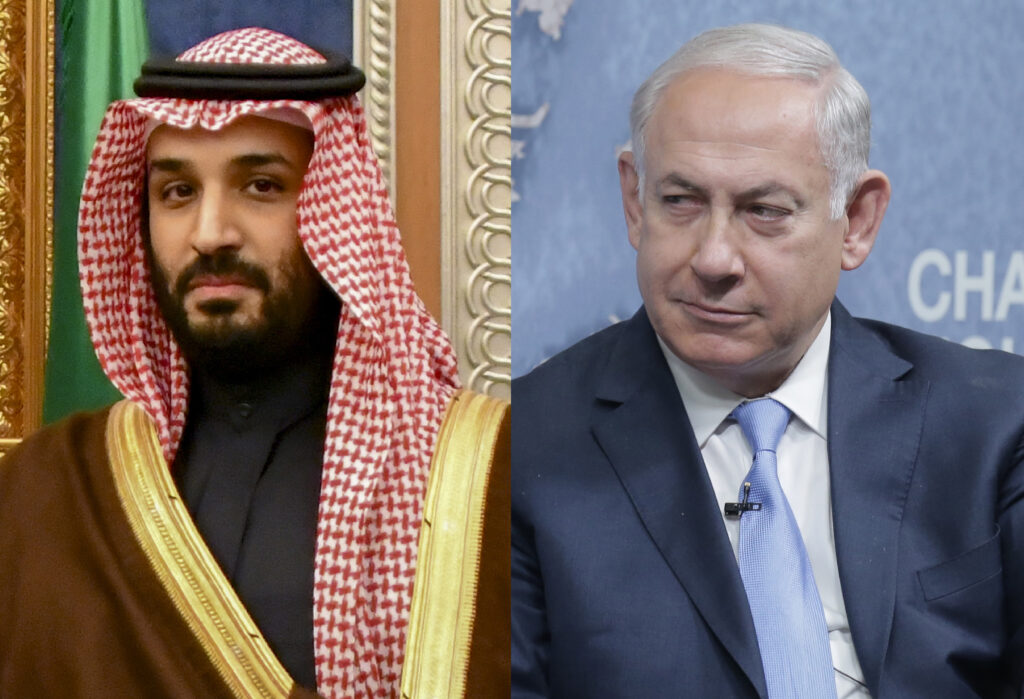 A speech held in early September by Abdul Rahman al-Sudais, Imam of the Great Mosque in Mecca, has been interpreted to mean that Saudi Arabia is preparing its people for a normalization of relations with Israel. Sudais stressed that Islam requires Muslims to respect non-Muslims and treat them well.
Sudais’ words sparked a wave of protests on social media, with many Arabs and Muslims claiming that he was paving the way for Saudi Arabia to follow the United Arab Emirates and establish ties with Israel.
In 1947, Saudi Arabia was one of several Arab countries to vote against the UN partition plan for the British Palestine Mandate, and the country then sent troops to fight Israel in both the 1948 War of Independence and the 1973 Yom Kippur War.

When Egypt signed the Peace Treaty with Israel in the spring of 1979, Saudi Arabia, along with the other Arab states, broke off diplomatic relations with Egypt—which were formally renewed in 1987. The country also rejected the Camp David Accords of September 1978.
Although Saudi Arabia had no diplomatic relations with Israel, it announced in 2005 the end of its ban on Israeli goods and services.
Today, the two countries form a front against their common enemies Iran and Turkey and against Iran’s proxy wars in southern Lebanon, Gaza and Yemen, while Saudi Arabia’s relations with the Palestinian Authority and Mahmoud Abbas continue to deteriorate.

Israeli Energy Minister Yuval Steinitz said in November 2017 that for some time Israel had been cooperating in the intelligence sector with Saudi Arabia. The same month, the then Israeli Defense Chief of Staff, Gadi Eizenkot, gave an interview to the Saudi media, confirming Israel’s willingness to “exchange experiences with moderate Arab countries and exchange intelligence to confront Iran.”
Israeli media have reported that the same year PM Benjamin Netanyahu secretly met with Saudi Arabia’s Crown Prince Mohammed bin Salman and Jordan’s King Abdullah II in Amman.
Saudi aviation authorities banned planes traveling to Israel from flying through the country’s airspace. However, in March 2018 Reuters reported that Saudi Arabia had given Air India permission to fly between New Delhi and Tel Aviv through Saudi airspace, the airline’s spokesman said, ending a 70-year-old ban and marking a diplomatic shift.

On September 2, 2020, following the launch of direct flights between the United Arab Emirates and Israel in August 2020 Saudi Arabia announced that flights to the UAE “from all countries” could now use Saudi airspace.

In August 2020, Mossad chief Yossi Cohen said that Israel’s intelligence services along with Saudi, Egyptian and Emirati counterparts, had jointly identified Turkey as a new threat to peace in the region.
A few weeks ago, US Secretary of State Mike Pompeo called on Saudi Arabia to consider normalizing its relations with Israel.
Saudi Arabia’s Crown Prince Mohammed bin Salman was due to travel to Washington DC on August 31 this year for a meeting with Benjamin Netanyahu, but the visit was canceled shortly before departure when he learned that the news of the visit had leaked.