During Hamas’ two-week military bombardment and Israel’s acts of self-defense in May 2021, anti-Semitic incidents increased in both Europe and the United States. 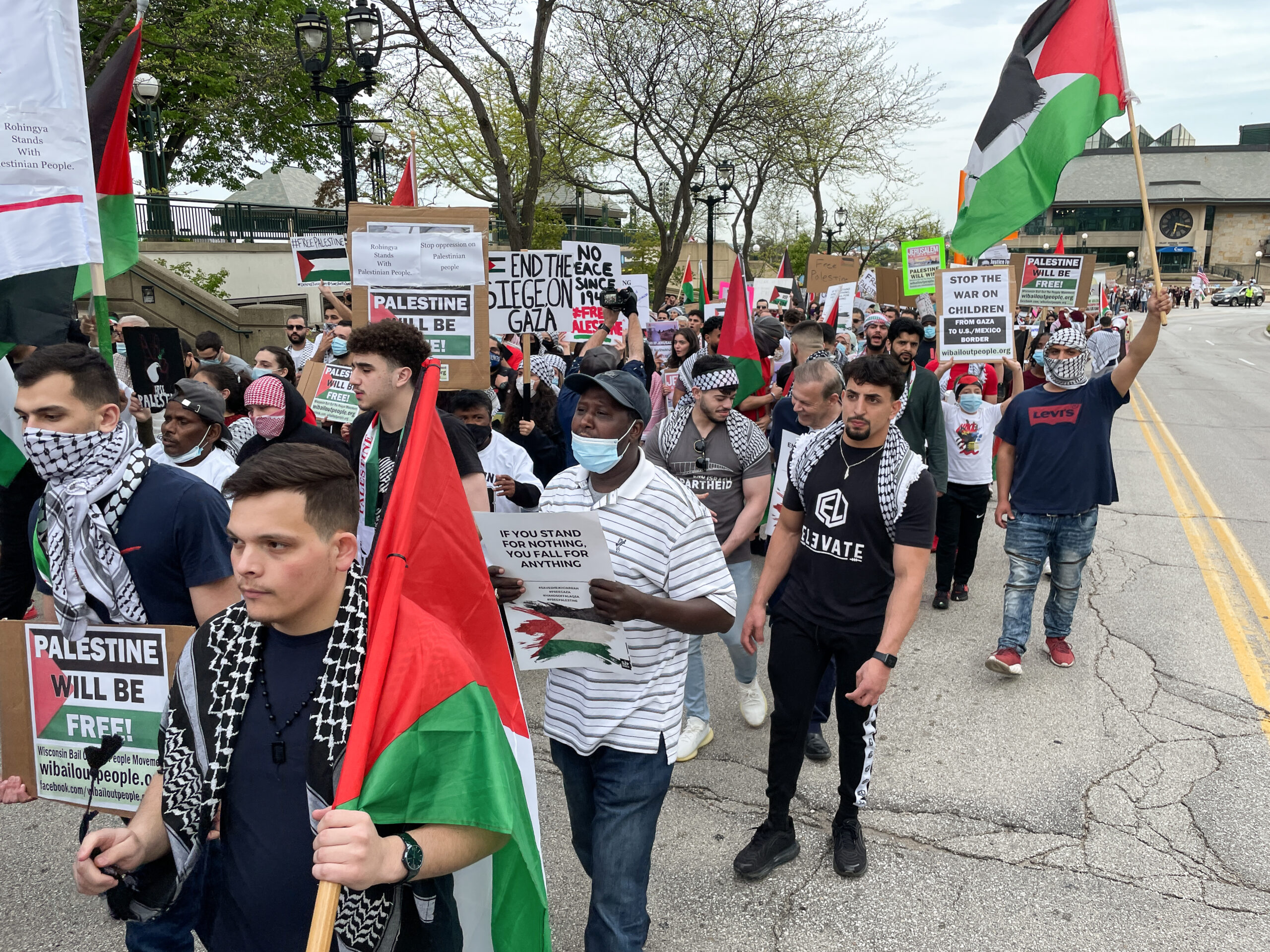 Anti-Semitic slogans and incidents have followed the demonstrations in support of the terrorist organization Hamas during the Gaza conflict. The picture is from Milwaukee; USA, on May 20, 2021. Photo: Susan Ruggles

The thousands of missiles fired from Gaza this May at Israeli civilian targets were accompanied by alarming anti-Semitic incidents that spread like wildfire around the world. The civil liberties organization Human Rights Watch warned in mid-May of anti-Semitism among those who support the Palestinian cause and cited some of the many cases: rabbi attacked in the street, synagogue scrawled with swastikas, and hate messages bawled through loudspeakers in Jewish neighborhood. “In recent years, Jews in many European countries have reported an increase in hate incidents and say they feel increasingly insecure. Synagogues have been attacked and cemeteries desecrated. Jewish children are bullied at school for their faith” writes Human Rights Watch, sounding the alert that in mid-May there have been disturbing incidents of anti-Semitic hatred in Europe, including in Britain, Germany and Austria. “European leaders have the right to strongly condemn such hatred and take steps to protect Jewish communities, including holding suspected criminals accountable” Human Rights Watch wrote on its website.

During the Hamas military conflict with Israel, anti-Semitic incidents in the United States increased by 75 percent in contrast to the two weeks before the fighting began, from 127 to 222, according to preliminary data to the ADL, an American organization counteracting anti-Semitism. Many of these incidents put the blame on American Jews for the actions of the Israeli government. These episodes took place at the approximately 200 anti-Israel rallies held in the United States during the period.

May 23 Redondo Beach, California – A synagogue got an anti-Semitic email from an unknown sender depicting Jews as cockroaches and accusing Israel of racism, apartheid and genocide.
May 22 New York – a Jewish man with a Star of David around his neck was stopped by a man who shouted and swore at him.
May 22 Brooklyn – three men drove around and harassed and attacked Jews. They hooted anti-Semitic catcalls and shouted, “A free Palestine”, kicked on synagogue doors and broke a car mirror.

On May 20 in New York, a Jewish man was beaten by a group of anti-Israel protesters in Times Square. In central Manhattan, where many Jewish-owned businesses are located, anti-Zionist protesters shouted cusswords and threw fireworks at passers-by, injuring one person.
On May 18 in Los Angeles, several Jewish diners at a kosher restaurant were attacked by a group of people in cars carrying Palestinian flags and shouting anti-Jewish slogans. A Jewish family walking from synagogue on May 18 in Bal Harbor were harassed by people in a car shouting, “Liberate Palestine!” and “Death to the Jews!”

Other incidents include protest signs declaring Zionists “Nazis”, physical attacks and at least four cases of vandalism in synagogues and Jewish community centers.

Beaten-up by a crowd

Joseph Borgen, 29, was on his way to a pro-Israel rally in New York. Suddenly he was attacked by a violent mob who called him “Dirty Jew” and then added: “Hamas will kill you all. Israel will burn.” Joseph Borgen was beaten, sprayed in the face with an irritating liquid and left bruised, with concussion and with injuries to his skin and eyes. “Anti-Semitism is on the rise in America; it’s rising all over the world” said Senator Bernie Sanders on CBS “Face the Nation” and was supported by Hakeem Jeffries, a member of the US House of Representatives who wrote in a tweet:” The dramatic increase in anti-Semitic attacks in New York City and throughout the country is deeply disturbing and unacceptable.” In October 2018, there was a mass shooting in a synagogue in Pittsburgh, where eleven people were killed. The perpetrator told police investigators that he believed “Jews were guilty of genocide” and that he wanted “all Jews to die”.