Previous Next
Jerusalem in focus for World Leaders

Jerusalem in focus for World Leaders 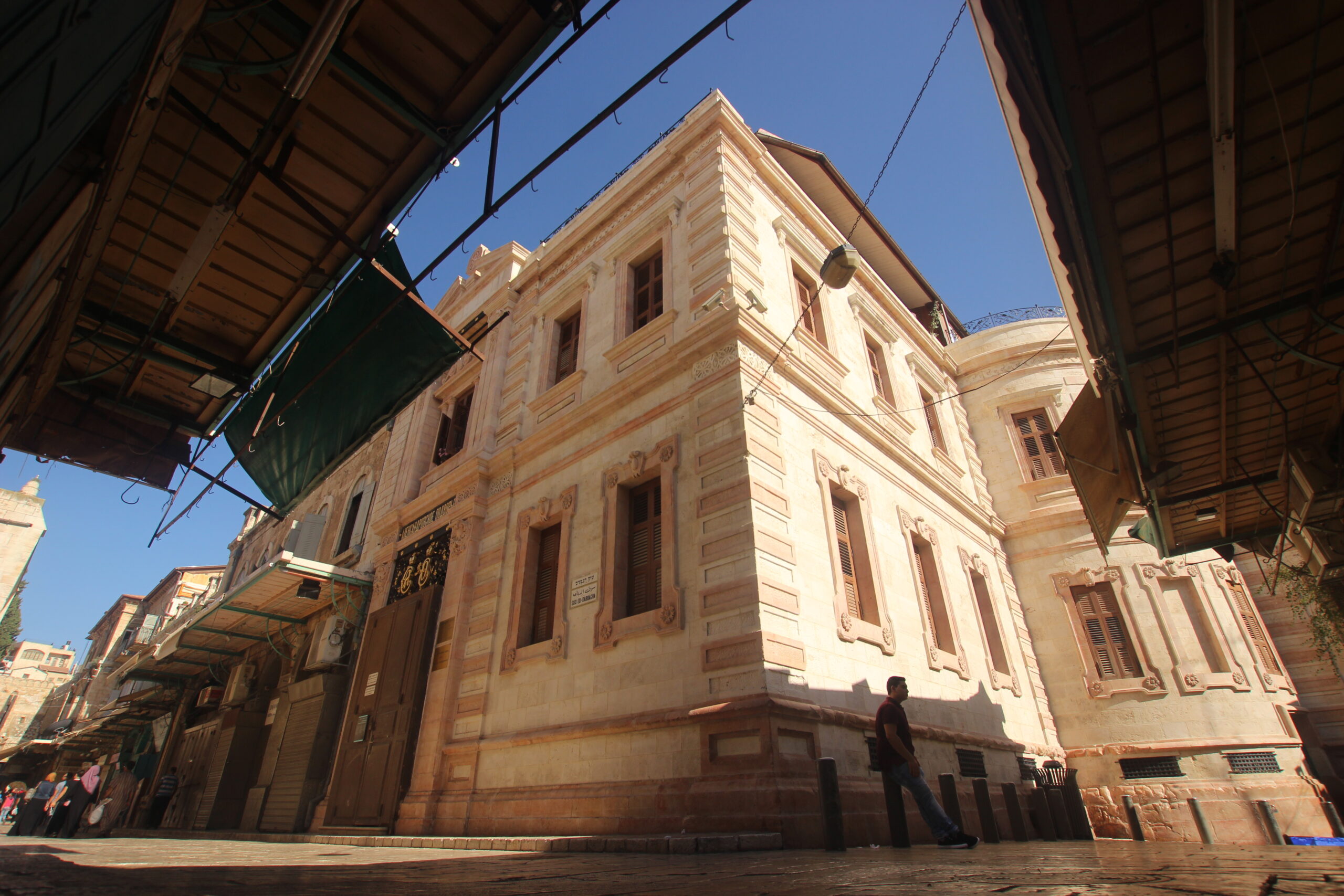 Following a wave of Palestinian terrorist attacks on Israeli civilians, violent clashes took place in Jerusalem as Pesach and Ramadan coincided this year. Palestinians were outraged that Israeli police ensured that Jews too were allowed to visit the Temple Mount.
UN Secretary-General Antonio Guterres discussed the escalating tensions over Jerusalem’s holy sites in separate talks with the Israeli Prime Minister and the Palestinian President.
After Shireen Abu Akleh, a journalist working for Al Jazeera, was shot dead during intense gun battles between Israeli defense forces and armed Palestinian terrorists in Jenin on May 11, violent clashes erupted during Akleh’s funeral.
About 300 rioters made their way to Saint Joseph Hospital in Jerusalem and prevented family members from loading the coffin onto the hearse to travel to the cemetery, a trip that, according to Israeli police, had been planned and coordinated with the family in advance.
Instead, the mob threatened the driver of the hearse and then carried the coffin in an unplanned procession to the cemetery on foot. Police instructions to return the coffin to the hearse were ignored.

The funeral ceremony was used as an opportunity to throw stones at the police who intervened to disperse the crowd and to try to stop them from taking the coffin. EU Foreign Minister Josep Borrell Fontelles commented on the events, saying that “the European Union is appalled by the scenes that took place on Friday during the funeral procession of the American-Palestinian journalist Shireen Abu Akleh in occupied East Jerusalem. The EU condemns the disproportionate use of force and the disrespectful behavior of the Israeli police towards the participants in the mourning procession.”
The UN Security Council also called for an “immediate, thorough, transparent, fair and impartial inquiry” into Akleh’s death, stressing “the need to ensure accountability”.
In May, US President Joe Biden also announced that he was considering a visit to East Jerusalem during his planned visit to Israel at the end of June, according to information from an Israeli official to CNN. A presidential visit to the eastern part of the city, taken by Israel in 1967, is seen as a gesture towards the Palestinians.
According to CNN, Biden might visit Al Makassed Hospital in East Jerusalem, which lost
$ 25 million in funding when former US President Donald Trump cut the US funding.

The Biden administration has promised to reopen a Palestinian consulate in Jerusalem, after Trump closed the consulate when he moved the US embassy from Tel Aviv to Jerusalem. Israeli Prime Minister Naftali Bennett has openly opposed a US consulate, while many Palestinians would see it as a precursor to a US embassy in East Jerusalem, as the capital of a potential future Palestinian state.
Russian President Vladimir Putin has also recently demanded a Russian presence in Jerusalem. Putin has demanded that Russia gain control of a church in the old city, as former Prime Minister Benjamin Netanyahu promised in 2020.
The transfer of ownership to Russia could cause diplomatic problems for Israel at a time when its Western allies have sanctioned Russia for its invasion of Ukraine, writes the Jerusalem Post. Putin’s demand was made in a letter delivered to Prime Minister Naftali Bennett in mid-April.

Putin’s letter came less than a day after Moscow’s Foreign Ministry criticized Foreign Minister Yair Lapid for accusing Russia of war crimes in Ukraine and saying Israel was using Ukraine to cover up its own conflict with the Palestinians. The Russian Foreign Ministry summoned Israeli Ambassador Alexander Ben Zvi for a reprimand, the newspaper continues.
Putin’s assistant Dmitry Peskov said the real estate dispute in Jerusalem’s old city is at the top of the Israeli-Russian diplomatic agenda and expects Israel to help transfer ownership of the Alexander Nevsky Church to Moscow. In March, the Jerusalem District Court annulled a decision that gave the Russian government control of the cemetery, writes the Jerusalem Post.
In 1859, Tsar Alexander II bought the land and built the Alexander Nevsky Church. Until the Russian Revolution in 1917, the area was under the control of the Russian Tsar.