Skip to content
Previous Next
Israel has vaccinated the most 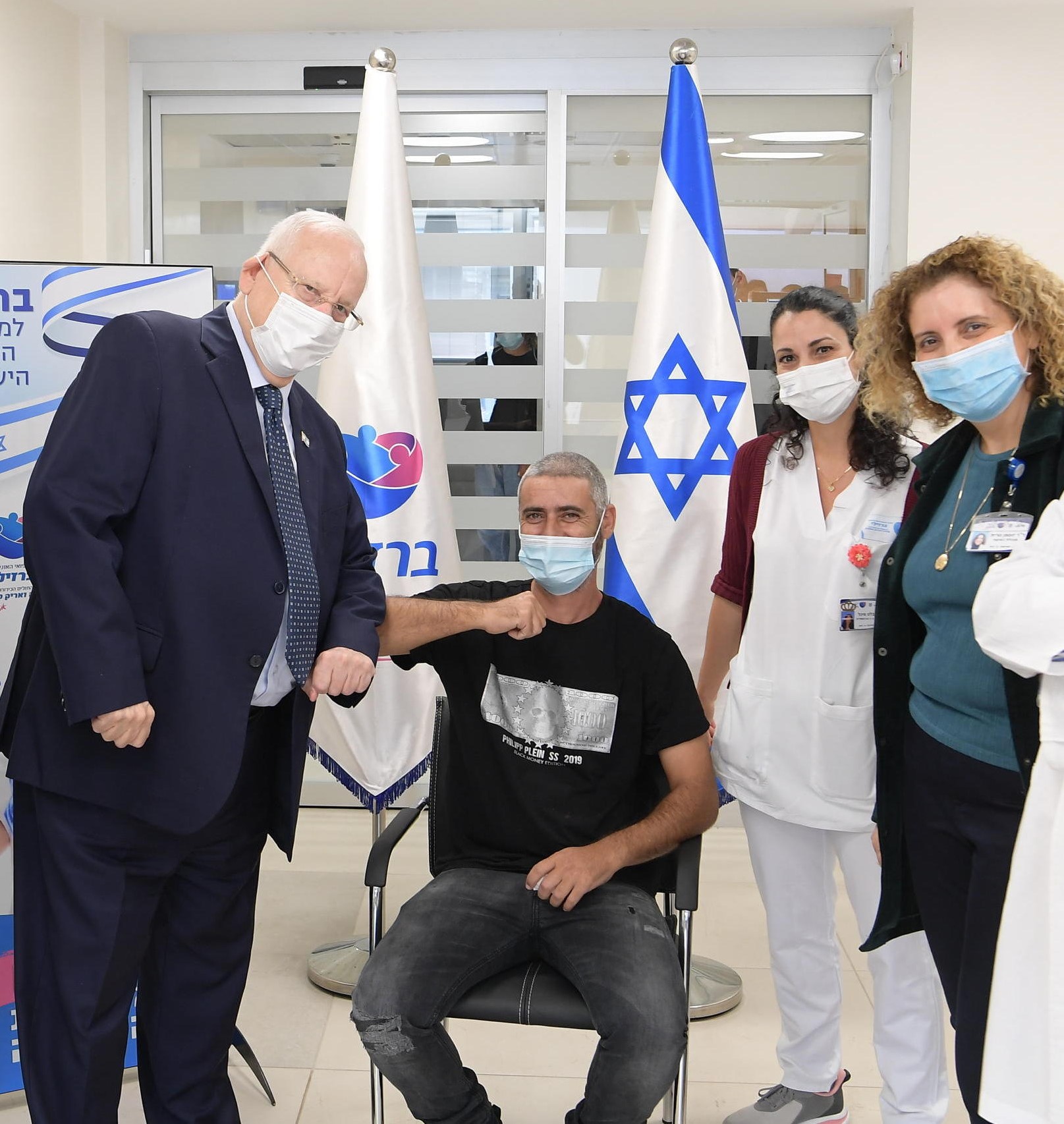 Israeli President Reuven Rivlin with the first in Israel to be vaccinated in phase two. Photo: Amos Ben Gershom / GPO

Israel ‘round-the-clock’ vaccinated between 150,000 and 200,000 people a day. Israeli Prime Minister Benjamin Netanyahu spoke at the World Economic Forum’s online summit in Davos recently explaining why Israel had done so well: Israel quickly bought lots of doses of vaccine.
“We didn’t talk about the price,” he said according to the magazine Business standard and described how he himself had had 21 phone calls with Pfizer’s management to complete the deal,. Netanyahu compared the fight against the virus with a war.
It’s like controlling ammunition in a war. You first have to really make certain that you get stocks of vaccines and then you have to ensure that they are distributed, and distributed optimally with on-going flexibility.

Israeli promises to share data on a rapid-vaccination campaign also contributed to Israel being able to obtain a favorable supply deal with Pfizer. The vaccine manufacturer agreed to continue delivering doses quickly in exchange for partial access to the large information database maintained by the Israeli national health care system. “This project will gather critical epidemiological data that makes it possible to monitor the development of the epidemic in Israel in real time and evaluate the potential of a vaccination program,” said Dervila Keane, a spokeswoman for Pfizer in a press release. Defenders of personal privacy argued that Israelis are being used as a test population that unknowingly gives Pfizer access to personal health data as a condition of the deal.

In December, Palestinian officials announced that they’d signed a deal with Russia for four million doses of the Sputnik V vaccine, and the Palestinian Authority expected the vaccines to arrive by the end of 2020. The PA ambassador to Russia, Abdel Hafiz Nofal, told the Palestinian news agency Ma’an in January that a technical hitch related to the transport of the doses had led to delays. Israel was then blamed by several Israel-critical UN agencies for not vaccinating the Palestinians living in the areas administrated by the PA, despite the Oslo Accords stipulating that the Palestinian Authority is responsible for health care. The UN human rights chief, Chilean Socialist leader Michelle Bachelet, was among those who said Israel had a responsibility for the Palestinian vaccination program. Bachelet has been criticized for supporting the BDS boycott movement, which the German Bundestag has classified as anti-Semitic. A resolution passed by German parliamentarians stated that certain BDS slogans were reminiscent of Nazi Germany’s “Do not buy from the Jews” propaganda.

Based on a March 2016 resolution of the UN Human Rights Council initiated by the Council’s Arab and Muslim countries, Bachelet drew up a list of companies doing business with Israelis living in the Jewish Quarter of Jerusalem and other disputed areas in February last year, areas that both Israelis and Palestinians claim. “The EU has financial affairs in Morocco-occupied Western Sahara and in Turkish-occupied northern Cyprus,” Hillel Neuer told UN Watch, a human rights organization examining how UN agencies live up to their own goals. “Strangely enough, of more than 100 territorial disputes in the world today, including in Tibet, Kashmir, Crimea, Western Sahara and northern Cyprus, the UN only chose to blacklist companies doing business in Israel’s disputed territories,” he added.