Skip to content
Previous Next
Iran-backed terrorism in focus

In recent months, 16 countries have classified the entire Iran-backed organization Hezbollah as a terrorist organization. At the same time, a terrorist trial is underway in Antwerp where an Iranian diplomat is suspected of a planned bomb attack outside Paris. 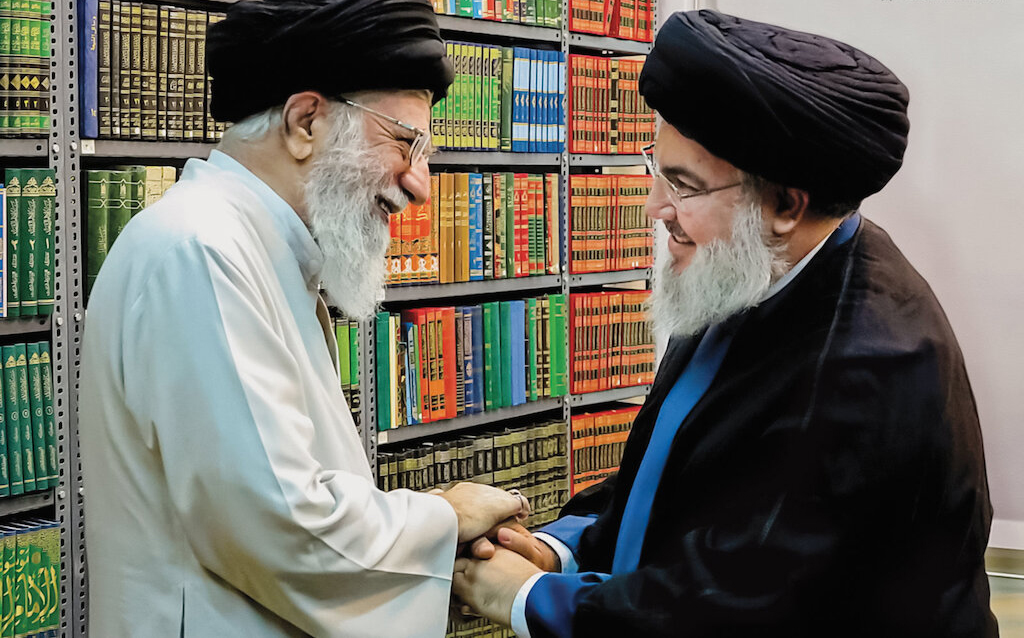 Israeli Prime Minister Benjamin Netanyahu made an undisclosed visit to Saudi Arabia in November for talks with Crown Prince Mohammed bin Salman and the current US Secretary of State Mike Pompeo, to discuss, among other things, how Iran’s influence in the region can be counteracted.
The Syrian military stated at about the same time that Israeli warplanes had bombed areas south of the capital Damascus where Iranian forces and Iran’s ally Hezbollah had a base and a weapons depot.
Just at that moment, Iran’s leading nuclear scientist Mohsen Fakhrizadeh was killed in an ambush, the man accused of lying behind his country’s secret nuclear weapons program.
Iran has stockpiled twelve times more low-enriched uranium than the limit set by the nuclear energy deal in 2015, stated the UN body IAEA (International Atomic Energy Alliance) in early November. The announcement prompted the United States to tighten sanctions on Iran, and German Foreign Minister Heiko Mass together with his British and French counterparts, called on Iran to stop violating the nuclear deal it had signed.
Russia, in turn, is helping Iran with its nuclear program.

Following the attack on Fakhrizadeh, White House Middle East adviser Jared Kushner with his team arrived in Saudi Arabia and Qatar to meet with Saudi Crown Prince Mohammed bin Salman and the Emir of Qatar. Among other things the talks were about Iran’s influence in the region where Tehran is fighting several proxy wars.
In the Middle East, Iran supports terrorist organizations such as Hezbollah in Lebanon, as well as Hamas, Islamic Jihad and the PFLP-GC in Gaza. Iran’s terrorist activities are not limited to the Middle East either. Albania, India, Thailand, Kenya, Argentina, Denmark and France are countries that have singled out Iran for being behind terrorist acts committed in their countries.
At the end of November, a terrorist trial began in Antwerp where an Iranian diplomat from Vienna and three other people are accused of planning to bomb a demonstration of thousands of Iranians critical of the regime, outside Paris in June 2018.
A tip from the Israeli intelligence service to European authorities thwarted the attack.

Although Iranian-backed Hezbollah has a big influence in Lebanon, reports came in October that talks would begin between Israel and Lebanon on a controversial border demarcation off the coast of Lebanon. Hezbollah has fought several wars with Israel from Lebanon’s soil, thus taking over the PLO’s role in carrying out acts of war from Lebanon against northern Israel after that organization was expelled from Jordan in the 1970s.

At the end of November, Slovenia classified the whole of Hezbollah as a terrorist organization and joined a growing number of European states that have taken similar decisions regarding the Lebanon–based group.

In just over the latest twelve months, 16 countries have confirmed that they view Hezbollah in its entirety to be a terrorist organization – and nine of them in the last six months: Germany, the UK, the Netherlands, Lithuania, Estonia, Guatemala, Honduras, Argentina, Colombia and others. writes Israel Today.