In mid-March, researchers presented new fragments of the famous Dead Sea Scrolls discovered in the 1940s and 1950s. Excerpts from the twelve minor prophets in the Bible have been found, written in Greek, apart from “God”, which is in Hebrew. 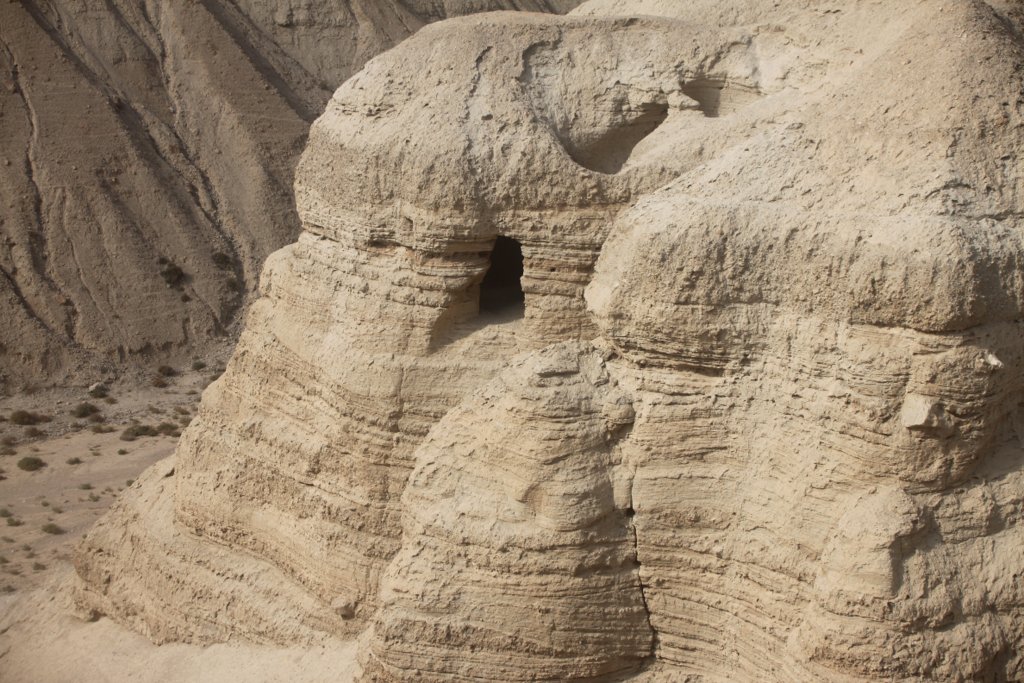 New fragments of the Dead Sea Scrolls were unveiled during a presentation in mid-March, which received worldwide attention. The new finds were the first since the Dead Sea Scrolls were discovered seventy years ago and were the result of a rescue operation to map the caves in the Judean desert and to prevent looting. Excerpts from the twelve minor prophets in the Bible have now been discovered, including fragments from the books of Zechariah and Nahum. The words are written in Greek except for the word for God which is written in Hebrew. Most of the original Qumran scrolls are written in Hebrew but with some of the texts in Aramaic and Greek. It was in the early 1960s that similar fragments along with some 40 skeletons were discovered at the site that became known as the Cave of Horrors. The cave is named after the human skeletons of Jewish rebels during the Bar Kochba uprising that were found there during excavations in the 1960s. The scroll was probably hidden in the cave by the Jewish rebels who fled to the hills after a failed revolt against Roman rule in the 130s.

The fragments are dated to just before the birth of Jesus. Hundreds of caves in the Judean desert are still to be explored, offering a concrete opportunity for new biblical texts to emerge, the researchers said in connection with the publication of the discovery. The finds also include a 6,000-year-old partially mummified skeleton of a child and an intact and well-preserved 10,500-year-old woven basket that the Israel Antiquities Authority believes is probably the oldest in the world. The Dead Sea Scrolls are one of the most spectacular archeological finds in Israel found in 1947 in Qumran. The most important find was a complete version of the book of Isaiah, dated to about 160 years before the common era. In the past, the oldest available manuscripts of the entire Hebrew Bible were from the 11th century. The finds in Qumran gave access to manuscripts more than 1,000 years older, in fact, before the birth of Jesus. When researchers compared the entire Isaiah scroll from Qumran with more than a thousand years later copies, they saw the same wording and sentences, given that there are no vowels in the Qumran scroll. The finds were preserved thanks to the hot, dry air in the Judean desert.