Previous Next
Largest military aviation exercise in Israel ever

At the end of October, the largest air defense exercise ever was conducted in Israel. Several countries participated for the first time, or took part in more significant ways in the Blue flag aerial drill than in previous training by the same name, arranged every two years. 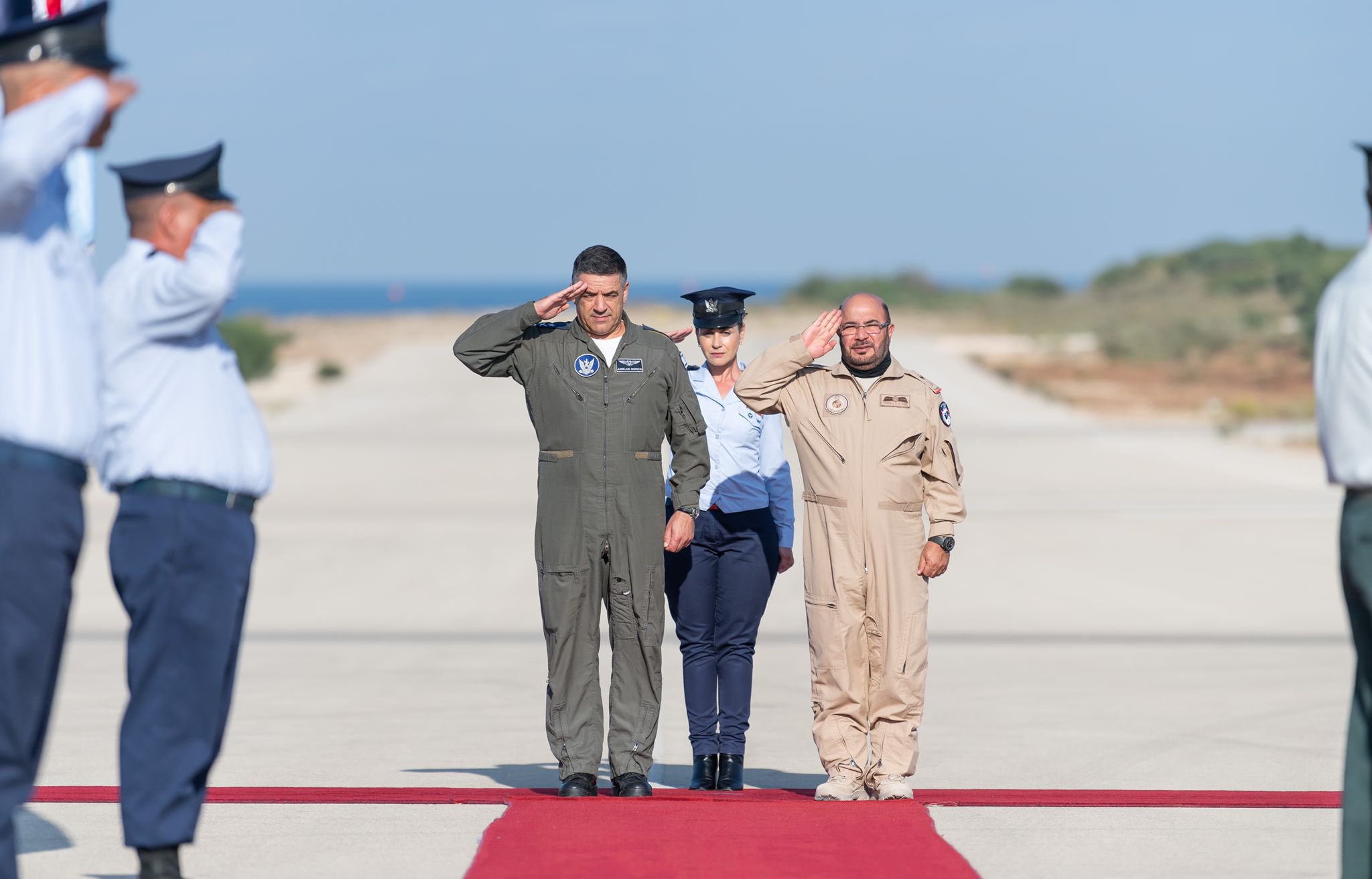 The multinational air force drill, Blue Flag was held principally over the Negev desert in southern Israel and this time included military planes from Israel, the United States, Germany, Italy, the United Kingdom, France, India and Greece. United Arab Emirates (UAE) Air Force Chief Ibrahim Nasser Muhammed al-Alawi participated with observer status in the exercise which lasted from 17 to 28 October from Ovda’s Air Force Base, north of the Israeli coastal city of Eilat on the Red Sea. The most advanced military aerial drill to date fought a fictitious enemy country with Russian air defenses, a country reminiscent of Syria. 80 fighter jets and 1,500 personnel from abroad participated in the maneuver. “We believe that the exercise has great strategic value for the Israeli Air Force and for the State of Israel. As part of the exercise, we are hosting a day where 11 Air Force senior officers from around the world will participate, including – for the first time -Commander of the UAE Air Force”, General Amir Lazar head of the Israeli Air Force’s Training Department, told The Times of Israel.

Ibrahim Nasser Muhammed al-Alawi made his first official visit to Israel since the UAE signed the normalization agreement in the Abraham Accords between the two countries last year. Earlier this year, Israeli pilots and Emirati pilots also flew together in an exercise hosted by Greece and have previously participated in US-led air force exercises, writes Jerusalem Post. In addition to the UAE, representatives from Japan, Romania, Finland, the Netherlands, Australia, South Korea and Croatia attended the military exercise as observers. The Israeli Air Force hopes to expand participation in the Blue Flag exercises to more countries in the region in the future. During the exercise, British military aircraft flew over Israel for the first time since the founding of the State of Israel in 1948. It was also the first time that French fighter jets participated in an Israeli exercise and also the first time German Eurofighter pilot Matias flew over the Middle East. “We have been able to fly at lower altitudes and faster than in Germany,” he told The Times of Israel. The exercise began with Israeli and German planes – including a Luftwaffe Eurofighter painted with the countries’ flags – flying over Jerusalem to mark the close ties between the countries.