Previous Next
“Israel-hatred behind apartheid accusation”

In early February, Amnesty International released a report accusing Israel of apartheid. Black South African MP Kenneth Meshoe rejects the charge, stating that Israel-hate lies behind it. “Those who say that Israel is an apartheid state don’t know what apartheid really is. Those who make such statements make light of the pain that people experienced during apartheid.” 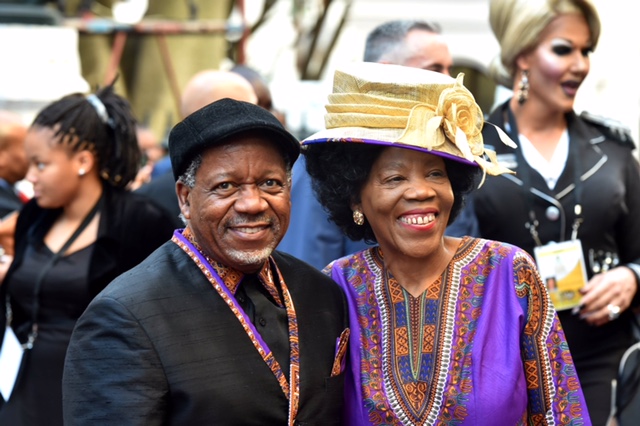 “Those who say that Israel is an apartheid state minimizes the pain that people experienced during apartheid and are driven by hatred of Israel,” says Kenneth Meshoe, a member of the South African parliament, here with his wife Lydia. Photo: ACDP

“If South Africans-black people like me, enjoyed the rights that Israeli Arabs have, there would never have been an armed struggle in South Africa,” says Kenneth Meshoe, a member of the South African parliament, to Israel Report. “We didn’t have the right to vote, and therefore we had no representation in parliament and no say in what happened there. It’s people who hate Israel who express themselves in that way. Those who never say anything about the Palestinian groups who want to wipe Israel off the map are driven by prejudice and hatred.”

Kenneth Meshoe himself has been to Israel close to 20 times

“There I discovered that there were Israeli Arab judges who could judge Jewish Israelis. In South Africa, whites and blacks were separated from other and weren’t allowed to visit the same schools, hospitals and swimming baths. There were times when there were no black lawyers in our country.” “In Israel there are Arab judges and lawyers and I have visited schools where Arabs teach Jews. Nothing like this ever happened in South Africa during apartheid. The first time I visited Israel, I looked for schools and benches designated exclusively for Jews. I never found any,” Kenneth Meshoe emphasizes.

Meshoe believes that the Amnesty International report is crafted, fuelled by political motives and a hatred of Israel where formulations about apartheid become an attempt to strengthen its story. “If we had all these rights that the Arabs have, South Africa would never have had a Nelson Mandela. He was not allowed to move, to choose a school, to choose a lawyer or a hospital. Israel is not an apartheid state.” “Due to the wars that have been fought, there are checkpoints. The background is that people carry bombs, which they intend to detonate on trains, buses and in public squares. Every responsible government would have checkpoints to avoid terrorist attacks. They have a responsibility to defend its citizens.” “I will never agree with anyone who accuses Israel of apartheid. It is definitely a way to make little of the apartheid system and the suffering that those black or colored in South Africa experienced.”