Previous Next
Historic visit to the United Arab Emirates 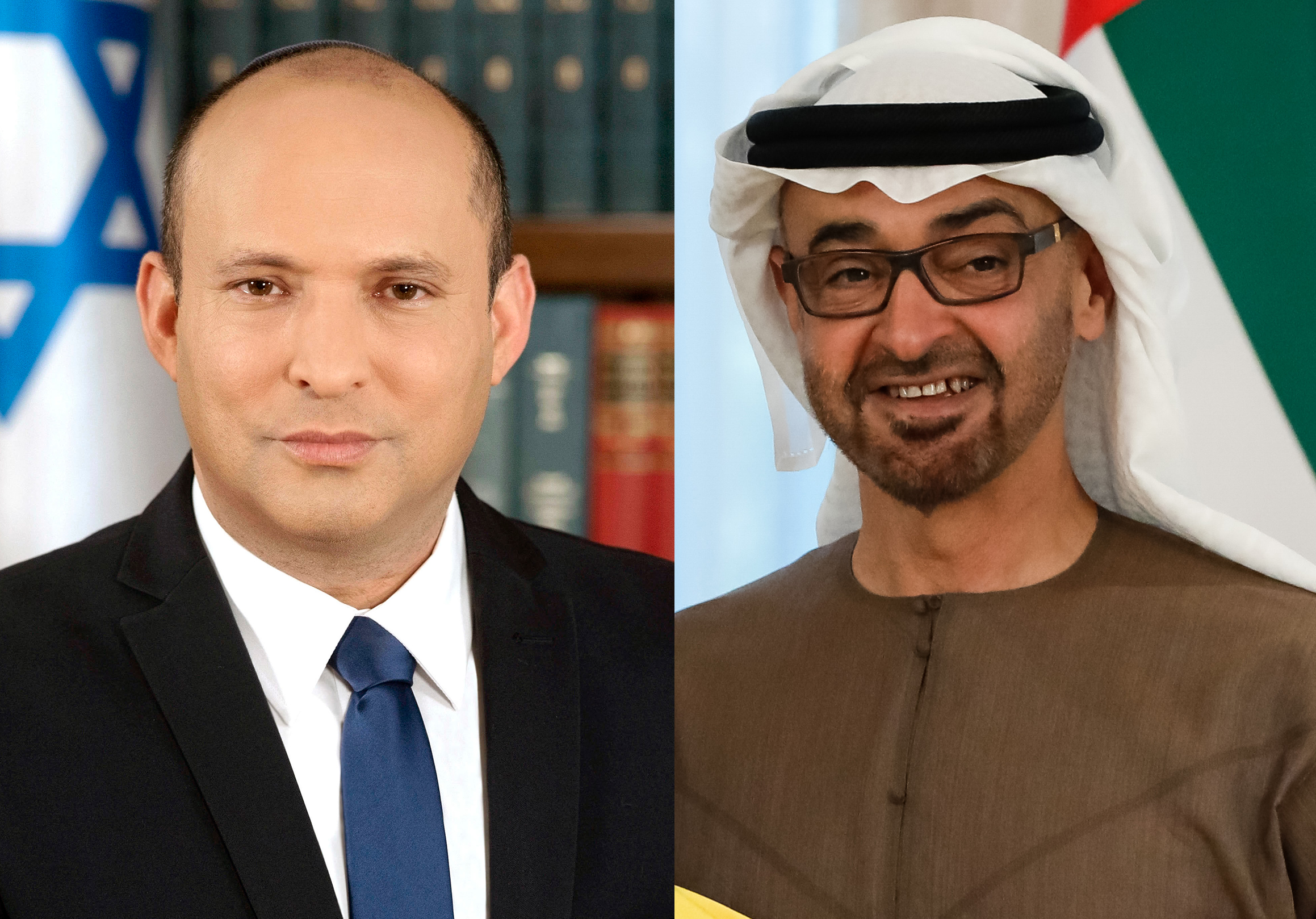 In connection with the historic visit, the two countries released a joint statement describing Bennett’s journey as a “milestone in the development of warm relations”, a development that began after the agreement in August 2020 to normalize diplomatic relations. PM Bennett’s trip came just hours after his office announced the visit to the UAE. He flew with a scaled-down delegation that did not include journalists due to the corona situation, reports the Times of Israel. Before leaving, the Prime Minister said that the purpose of the trip was to further expand ties between Israel and the Gulf state. The two countries concluded the peace agreement in August 2020 after a decade of covert contacts. Bahrain, Sudan and Morocco also made peace with Israel shortly afterwards. Former Israeli PM Benjamin Netanyahu, who signed the agreement, repeatedly tried to book a visit to the United Arab Emirates, but was forced to cancel the visits on several occasions and never traveled to the country as prime minister.

Bennett’s visit came at a time when Israel and its allies in the Persian Gulf are worried about Iran’s nuclear energy program. Talks in Vienna between Iran and a number of world powers to revive the 2015 nuclear deal were suspended the week before Bennett’s visit since the US and Israel had warned Tehran of the consequences if diplomacy failed. Several US officials said they were prepared for a tougher stance on Iran if needed. Talks between the United States and Iran in Vienna took place via France, Britain, Germany, Russia and China because Tehran refuses direct contact with Washington. These were the first talks after a five-month interval since Iran’s new tough regime, with anti-Western President Ebrahim Raisi, came to power, Reuters reports. They also brought to light meetings in Washington with Israel’s defense chief about possible military action to eliminate Iran’s nuclear facilities should diplomacy fail. A US delegation visited the UAE shortly after Bennet to meet with banks about concerns over how US sanctions against the Iranian economy are being complied with.

Bennett’s visit came a week after President Isaac Herzog spoke for the first time with Crown Prince Muhammad bin Zayed al-Nahyan. The two leaders discussed in-depth cooperation between the countries to strengthen regional stability and pointed to the need for a free trade agreement between the UAE and Israel, Herzog’s office said. The Crown Prince said he was looking forward to an official visit by Herzog to the United Arab Emirates. In June, Israeli Foreign Minister Yair Lapid officially opened the Israeli embassy in the UAE. French President Emmanuel Macron, whose country is a party to the nuclear talks in Vienna, met the Crown Prince during a tour of the Persian Gulf earlier in December when the United Arab Emirates bought weapons worth 16 billion euros from France.