US President Joe Biden acknowledges Israel’s control of the Golan, adheres to the already implemented decision to move the US embassy to Jerusalem and supports the latest peace agreements between Israel and a number of Arab countries. The Iran deal, the attitude towards the Palestinian Authority and the restoration of aid to UNRWA deviate from Trump’s line 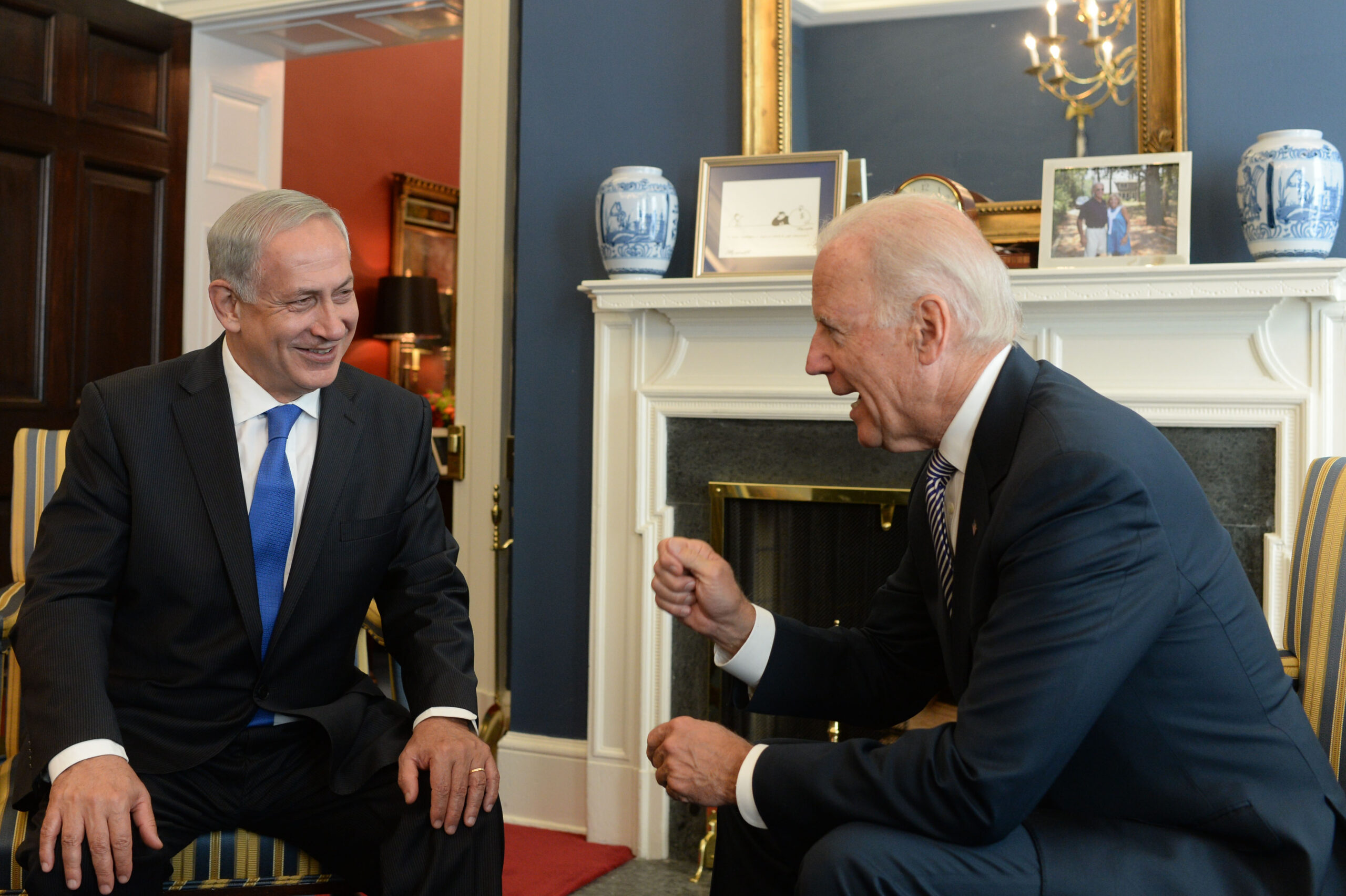 Netanyahu and Biden meet during a visit by Israeli Prime Minister to the United States in 2013. Photo: Kobi Gideon

After serving as president for four weeks, US President Joe Biden called Israeli Prime Minister Benjamin Netanyahu in mid-February. Netanyahu was the first leader in the Middle East to receive a call from Biden, but the 12th world leader overall, states the Times of Israel. Netanyahu’s frosty relationship with former Democratic President Barack Obama and his warm relationship with his successor Donald Trump has raised questions as to what his relationship with Biden will look like. The conversation was warm and friendly and lasted for about an hour, the Israeli Prime Minister’s Office stated. The two leaders stressed their long-standing personal relationship and said they would work together to continue strengthening the stable alliance between Israel and the United States. Biden and Netanyahu also discussed future progress for peace, the Iranian threat and regional challenges, and agreed to continue their dialogue. US President Biden praised Prime Minister Netanyahu for his leadership in the fight against the coronavirus and they also exchanged ideas on various ways to fight the pandemic.

The White House also commented on the phone call. President Biden reaffirmed his personal and sustained commitment to Israel’s security and expressed his intention to strengthen all aspects of the US-Israel partnership, including strong defense cooperation, the White House said in a statement. The leaders discussed the importance of continued close consultation on regional security issues including Iran, and Biden stressed continued US support for the recently normalized relationships between Israel and countries in the Arab and Muslim world. At a press conference in the Oval Office Biden told reporters it was a “good conversation” without elaborating. While the White House stressed the importance of peace throughout the region, including between Israelis and Palestinians, the Israeli statement made no mention of the Palestinians.

In late January, the Biden administration announced that it would restore US aid programs to the United Nations agency UNRWA, which was reduced by $ 360 million under Trump. The Palestinian refugee situation is the only refugee disaster in the world that has been preserved by the international community for over 70 years and where children, grandchildren and great-grandchildren can inherit refugee status. What started as 750,000 Palestinian refugees has now turned into more than 5 million, entirely due to UNRWA. Israel accuses the world community of hypocrisy when it ignores other refugee hotspots, most recently the 6.6 million Syrian refugees. All other refugees in the world come under the United Nations High Commissioner for Refugees or the UNHCR. Palestinian refugees can obtain citizenship from other countries while retaining their refugee status. 2.2 million UNRWA beneficiaries are nationals of another country and do not meet the recognized criteria for refugee status under international law. The Palestinian refugee situation arose after the Arab world rejected the UN partition plan and five Arab armies instead launched a war against the newly founded state of Israel – a war they later lost.

Iran, the Golan and Jerusalem

Biden has said he intends to return to the nuclear energy deal with Iran, a deal that Netanyahu has opposed. He praised Trump’s decision to end it in 2018. Biden has said he wants Iran to abide by the nuclear energy deal before tackling Iran’s ballistic missile program and regional hegemony. The Times of Israel lists eleven top Jewish officials Biden has appointed to his administration, including Foreign Minister Antony Blinken, Finance Minister Janet Yellen, and Deputy CIA chief David Cohen. US Secretary of State Antony Blinken has stopped questioning the Trump administration’s recognition of the Golan Heights as part of Israel and noted instead that the territory is important for Israel’s security. “As a practical matter, the control of the Golan in that situation, I think, remains of real importance to Israel’s security,” Blinken told CNN.  Blinken also reiterated the Biden administration’s stance on retaining the US embassy in Jerusalem, after Trump recognized the city as Israel’s capital.