On November 26, it is 80 years since the Holocaust reached Norway and the German cargo ship MS Donau left Oslo harbor with 532 Jews for onward transport to Auschwitz. Only nine of those who boarded would survive 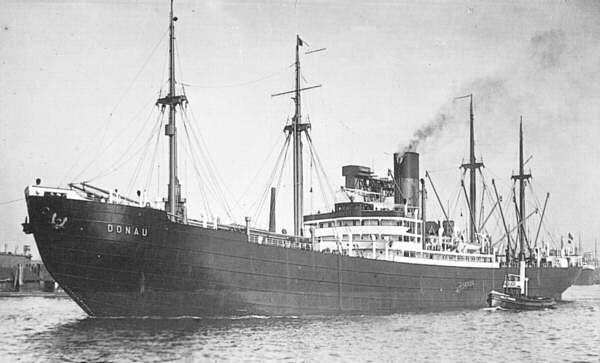 The same day, 26 Jews were transported on the MS Monte Rosa, also from Oslo harbor, destined for Auschwitz. Only two of these Jews survived the war.
A total of 773 people were deported from Norway during the war years, most of them directly to Auschwitz. Only 34 survived and were able to return to Norway.
The Norwegian-Jewish population consisted of approximately 2,100 people when Germany occupied Norway on April 9, 1940. A good third of these were deported by boat from Oslo harbor via Stettin to Auschwitz.
On January 20, 1942, in Wannsee, a suburb of Berlin, German government ministers and chiefs of police gathered to join forces in the physical extermination of the Jewish population of Europe. The chief purpose of the conference was to organize and coordinate the deportation and extermination of the Jews throughout the continent.
The Wannsee Conference calculated that there were 1,300 Jews in Norway, not counting those who’d fled to Norway from the persecution of Jews in Europe.

After only one year of Nazi-Germany’s occupation of Norway in April 1940, the country’s police chiefs received orders to confiscate all Jewish-owned radios. In 1941, Jewish shops were scrawled on with anti-Semitic propaganda.
In January 1942, in the days after the Wannsee Conference, all Norwegian Jews were ordered to report to the police to get a “J” stamped in their identity documents, a method introduced by Sweden.
In February of the same year, all Jews were forced to fill out a form, stating their personal circumstances: religion, education, citizenship, business activities and wealth.
In the spring of 1942, a systematic survey of the Jews took place, and the German police secured the membership lists of the Jewish synagogue congregations in Oslo and Trondheim. Between October 26 and November 26, approximately 1,100 Norwegian Jews, 60 percent of the Jewish population in Norway, fled to Sweden.
The deportation of the Norwegian Jews to concentration camps in occupied Poland shook public opinion in Sweden. The action in November 1942 against the Norwegian Jews received a lot of coverage in the Swedish press and became the most talked-about news of the year, which contributed to a turnaround by the country’s foreign ministry. In December 1942, through a petition from the Swedish Foreign Ministry to Germany, Sweden offered to open up for all the remaining Jews in Norway, which meant that Sweden became the first sovereign state – since Nazi Germany began its persecution of Jews in 1933 – to declare to the Germans that all the Jews from a third state were welcome.

From J-stamp to Protective Passport

The following year, Sweden played an active role in saving almost all of the approximately 8,000 Jews who were in occupied Denmark from deportation to Nazi concentration camps by providing a safe haven in Sweden. This operation became one of the largest single actions against the Nazi extermination of Jews during the Second World War.

Sweden’s government made an official statement on its national radio October 2, 1943, warning Nazi Germany of the consequences if the Danish Jews were subjected to the same treatment as Jews in Norway and other occupied countries.
For the first time since Hitler came to power in 1933, a sovereign European state publicly expressed its willingness to unconditionally accept Jews fleeing the Nazis.

Sweden, which just before the war requested Nazi Germany to stamp a red “J” in every Jewish passport to make it easier to turn Jewish refugees away from its borders, at the end of the Second World War sent a diplomatic secretary, Raoul Wallenberg, to its legation in Budapest. There he and other embassy staff offered protective passports and provisional citizenship in Sweden to Jews and arranged so-called “Swedish houses” around Budapest where Jews could seek refuge. Tens of thousands of Hungarian Jews were thus rescued through this official action by Sweden.