Skip to content
Previous Next
Yad Vashem remembers the Holocaust

January 27 – the date of the liberation of the Auschwitz-Birkenau extermination camp in 1945 – is, according to a 2005 UN decision, the International Day of Remembrance for the Victims of the Holocaust. Since 1953, Yad Vashem in Jerusalem has been entrusted with the task of commemorating, documenting, researching and educating about the Holocaust. 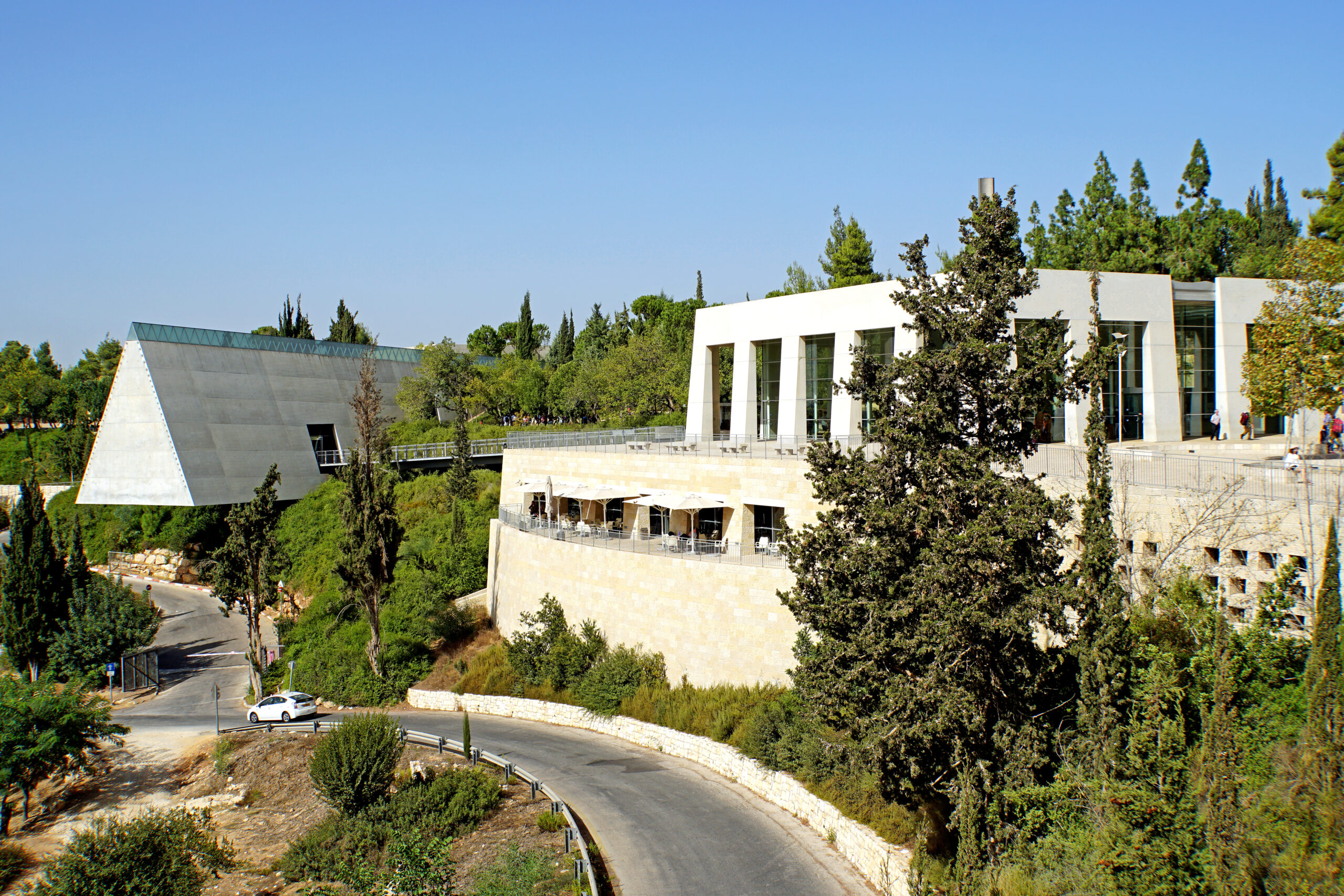 Yad Vashem, founded in 1953 following a decision by the Knesset, is located on Mount Herzl in
Jerusalem. Photo: Dennis Jarvis

Yad Vashem, World Holocaust Remembrance Center, was founded in 1953 by a decision of the Israeli Knesset Parliament. The center is dedicated to preserving the memory of the six million Jews who were murdered by the German Nazis and their collaborators, as well as to remember destroyed Jewish communities, ghettos and men and women in resistance movements. Yad Vashem also honors the “Righteous among the Nations,” people who risked their own lives to save Jews during the Holocaust. Yad Vashem is located on Mount Herzl, or Mount of Remembrance, in Jerusalem and consists of various museums, several centers for research and education, as well as monuments and memorials. Every year, about one million people visit Yad Vashem and millions more visit the website which is available in eight languages. With a growing worldwide interest in the events of the Holocaust, both its Jewish and universal significance, and with dramatic changes in the fundamental tools of remembrance and honoring victims, Yad Vashem constantly strives to convey meaning and significance in a meaningful way, of the Holocaust to future generations, the center writes on its website.

Hundreds of millions of pages

Documentation, personal items and filmed testimonies from survivors can be found in Yad Vashem’s state-of-the-art archives, where there are hundreds of millions of pages of documentation, photographs, videos, audio files and written testimonies. The database of names and stories of Holocaust victims today includes more than 4.8 million names. The library contains the world’s most comprehensive collection of publications on the Holocaust, giving researchers, teachers and the general public access to comprehensive information. Here are filmed testimonies from survivors, as well as Holocaust-related documentaries, feature films, personal family videos, animated films and news. The research department, International Institute for Holocaust Research, encourages, supports and promotes scientific studies on the Holocaust and helps to lay the foundation for further research. A number of specialized research centers focus on the history of the Holocaust in Soviet-controlled areas, Poland and Germany.

For students and teachers

The International School for Holocaust Studies also offers support for students and teachers on education about the Holocaust. Here, innovative methods, creative materials and multimedia tools are developed that are tailored to teachers all over the world. Hundreds of thousands of teachers and students, from Israel and around the world, participate in educational programs and seminars at Yad Vashem every year. Further tens of thousands participate in online courses and educational activities in their home countries. At the heart of Yad Vashem is the Holocaust History Museum, which depicts the Holocaust both from a Jewish and from a personal perspective, in the form of writings and documents belonging to the victims, as well as through testimonies from survivors. Yad Vashem organizes a series of memorial events throughout the year, and each year, the President and Prime Minister of Israel, as well as dignitaries, diplomats and leading figures from around the world, together with survivors and their families, attend the official events on Holocaust Remembrance Day, January 27. Part of the law underlying Yad Vashem requires the center to recognize non-Jews who risked their lives to save Jews during the Holocaust. To date, over 27,000 individuals have been recognized as Righteous among the Nations” and hundreds of new ones are added to the list each year.