Previous Next
Swedish conference and Dutch monument on the Holocaust

Swedish conference and Dutch monument on the Holocaust

In mid-October, the representatives of the Swedish government and prime minister are hosting the international Malmö Forum on “Holocaust Remembrance and Combating anti-Semitism.” And in September, a large memorial, giving testimony to over 100,000 names of Holocaust victims, was unveiled in Amsterdam by the King and Prime Minister of the Netherlands. 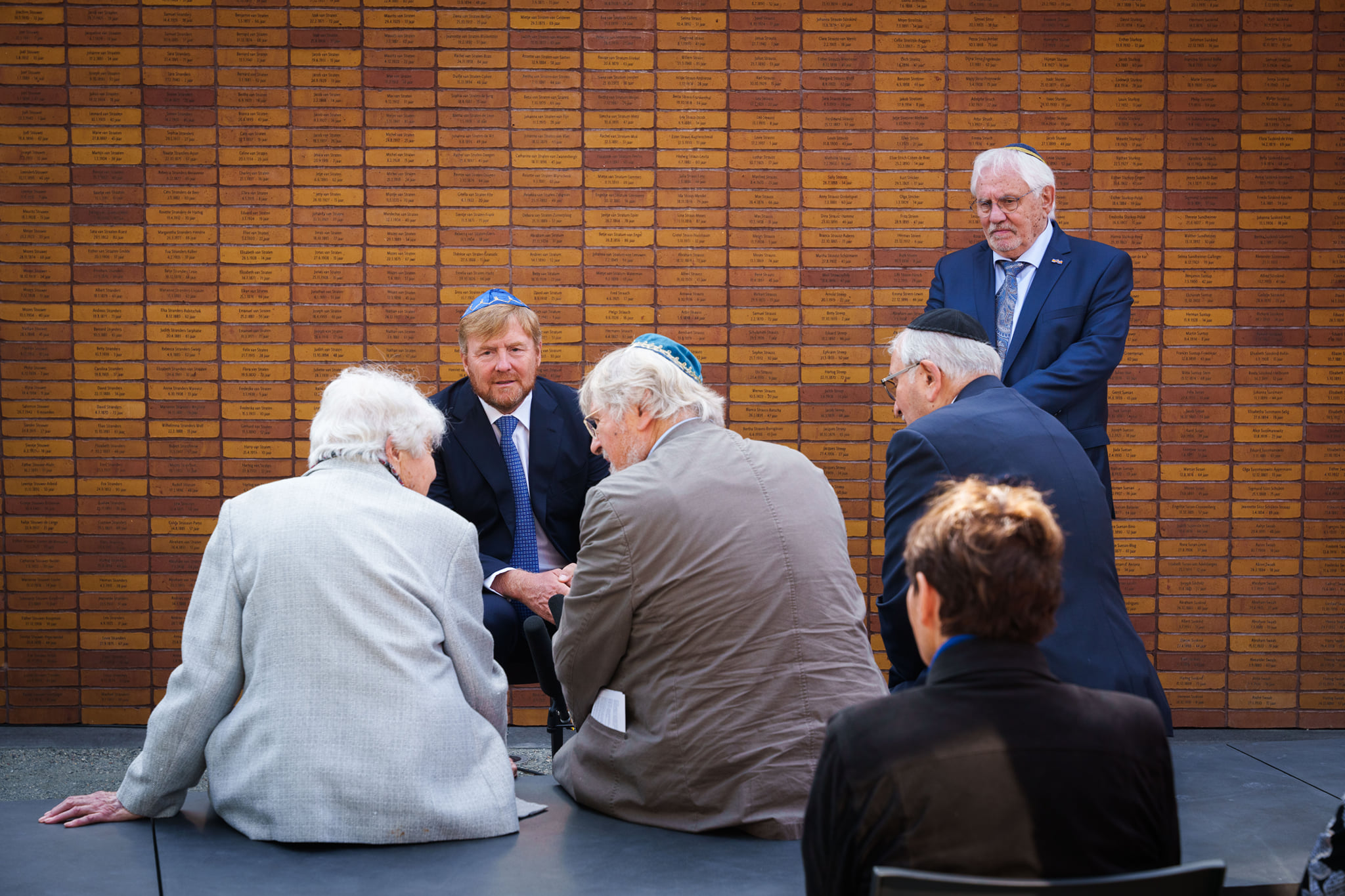 King Wilhelm-Alexander of the Netherlands unveiled a monument in Amsterdam in memory of the 102,000 victims killed by the Nazis during the second World War. Photo: Holocaust Monument of Names

Heads of state and government from 50 countries, as well as a number of researchers and experts are invited to the Malmö Forum. Among those who said yes were the Prime Minister of Spain, Pedro Sanchez, – the President of the European Commission, Ursula von der Leyen, – the President of the European Parliament, David Sassoli, and the Secretary General of the Council of Europe, Marija Pejčinović Burić. In addition, the invitation has gone out to four global tech companies: Facebook, Twitter, Google and Tiktok because of a special focus on combating anti-Semitism in social media. The goal of the Malmö Conference is for all participating countries, organizations and companies to commit themselves to implementing new and concrete commitments, so-called pledges, to promote the commemoration of the Holocaust and to combat anti-Semitism, anti-Gypsyism and other forms of racism.

Anti-Semitism in Malmö is notorious all around the world. For ten years, the situation for Jews in the city has attracted the attention of the world media. In the early 1970s, there were 2,500 members in the Jewish congregation in Malmö. Today, the number is down to about 500. If the downward trend continues, the Jewish community will have only 150 members in ten years. Barely a month before the Holocaust Conference in Malmö, King Willem-Alexander of the Netherlands and Prime Minister Mark Rutte unveiled a monument in the capital’s historic Jewish quarter in memory of the 102,000 victims killed by the Nazis during the Second World War. The walls of the monument are built of 102,000 bricks, each block having the name, date of birth and age of death of those, mostly Jews, who were murdered in the Nazi concentration camps during the second World War.

On Holocaust Memorial Day in January last year, Prime Minister Mark Rutte apologized for his country’s failure to shield Jews from the Holocaust. He stated that the Dutch police and the state railway company were complicit in seizing Jews and transporting them to the death camps. Rutte’s apology was followed a few months later by King Willem-Alexander when he acknowledged his great-grandmother Queen Wilhelmina’s indifference to the fate of the Dutch Jews during the Holocaust. In November last year, the country’s Protestant Church also apologized for not protecting Jews during the second World War. The church’s representative René de Reuver stated during a ceremony in memory of the Night of Broken Glass that the church had helped prepare the breeding ground where anti-Semitism and hatred could grow.

The Netherlands had a strong resistance movement and, after Poland, has the second largest number of people awarded the “Righteous Among the Nations” title, awarded by the Yad Vashem Holocaust Museum in Jerusalem to non-Jews who risked their lives to save Jews from the Holocaust. Three quarters of the country’s Jewish population was wiped out by the Nazis, making the Netherlands the western country where the highest percentage of Jews were murdered. There were about 140,000 Jews in the Netherlands in 1939, of whom 25,000 had fled German persecution of Jews. The most famous of them is Annelie “Anne” Frank, who left Frankfurt with her family when the Nazis came to power in 1933. Ann Frank died at the age of 15 in the Bergen-Belsen concentration camp a few months before the camp was liberated by the British.