The most decorated Jewish soldier in Russia, Joseph Trumpeldor, was inspired by Zionism and moved to the Holy Land in 1911 where he contributed to the first all-Jewish military unit in the area in nearly two thousand years. The words on his deathbed as he defended a Jewish village from Arab looters became legendary. 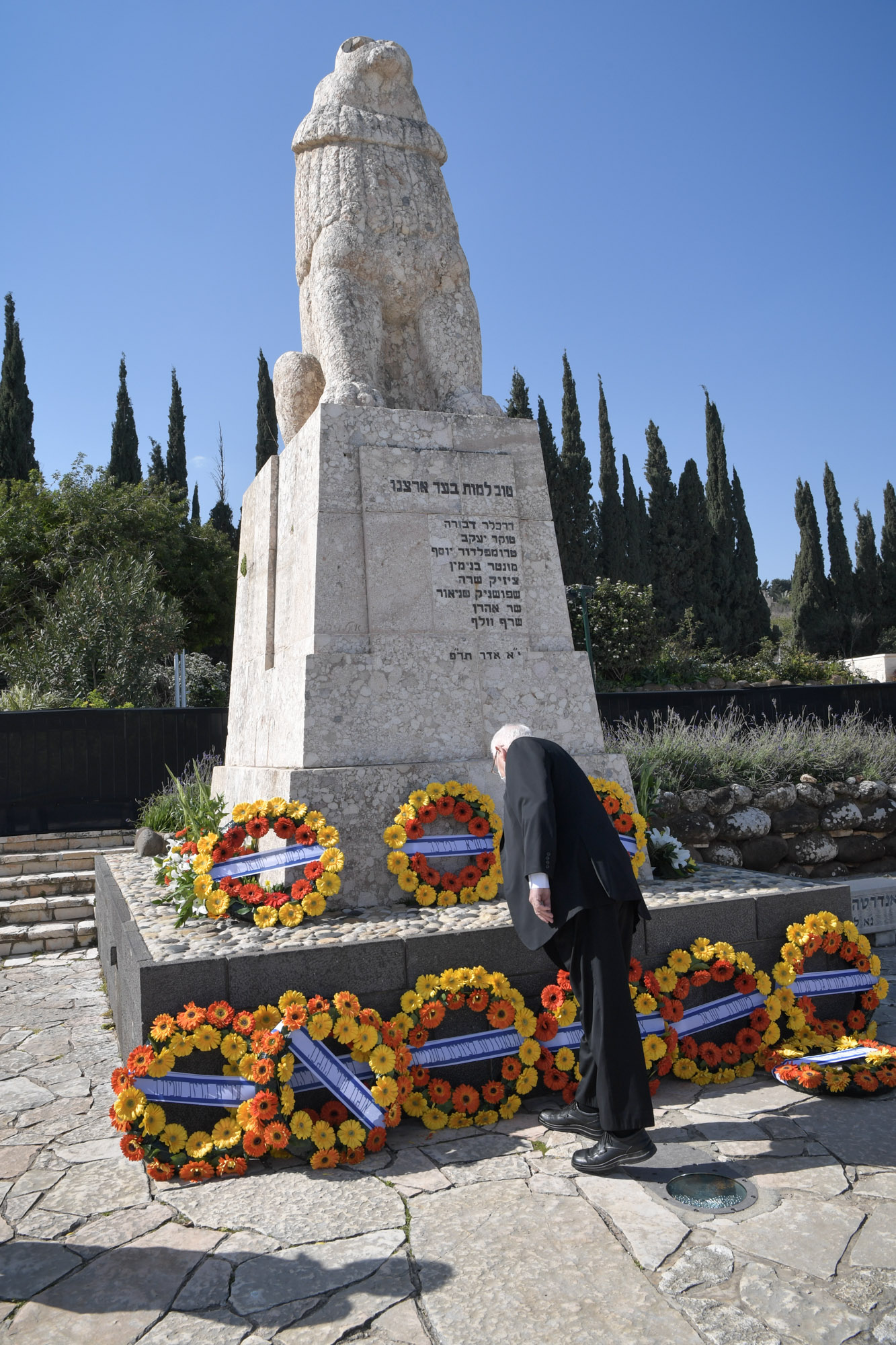 Born in Russia in 1880 and inspired by the first Zionist Congress in 1897 Joseph Trumpeldor was recruited to the Russian army where he became the most decorated Jewish soldier in Russia and the first Jew to be commissioned. In 1911, Trumpeldor moved to the Holy Land but was deported to Egypt by the Ottoman authorities. Together with Ze’ev Jabotinsky, he advocated a Jewish unit in the British Army that would help liberate the area from Turkish rule. The result was a Jewish company, the Zion Mule Corps, which became the first all-Jewish military unit in the area in nearly two thousand years. This unit also became a precursor to “The Jewish Legion” which was created after Trumpeldor and Jabotinsky had traveled to London and gained agreement for it with the British government.

Town of the Eight

At the end of the first World War, Trumpeldor helped protect Jewish communities that were being attacked and looted by Arabs. Together with a dozen others, Trumpeldor arrived on March 1, 1920 at the village of Tel Hai to protect the villagers as several hundred Arabs were drawing closer. Tensions led to the outbreak of hostilities and Joseph Trumpeldor was killed along with seven others. Kiryat Shmona, which means “Town of the Eight” is one of the cities in northern Israel, named after Joseph Trumpeldor and the seven other soldiers who died while defending Tel Hai. In 1926, Tel Hai joined the kibbutz of Kefar Giladi, located five kilometers north of Kiryat Shmona.

The last words attributed to Trumpeldor on his deathbed have become legendary: “It is nothing, it is good to die for our country.” This utterance became a watchword for the Zionist movement prior to the foundation of the State of Israel and later to Jewish defense forces from the late 1940s onwards. Tel Hai, which was one of the first Jewish settlements between northern part of what was then British-controlled Palestine and French-controlled Syria, is today located in Upper Galilee in northern Israel and is a national monument. Opposition from Tel Hai became an important factor in the final decision (December 1920) when drawing the northern border of the British-Palestinian mandate. The area thus became part of Israel when the country became independent in 1948. Joseph Trumpeldor became a symbol of Jewish self-defense and every year on the 11th of the month Adar (this year, 2022, February 12), his memorial-day is celebrated in Israel.