Israel’s new government faces major internal and external challenges. The coalition government was united by eight parties, from right to left, whose common denominator was that they did not want to keep Benjamin Netanyahu in power 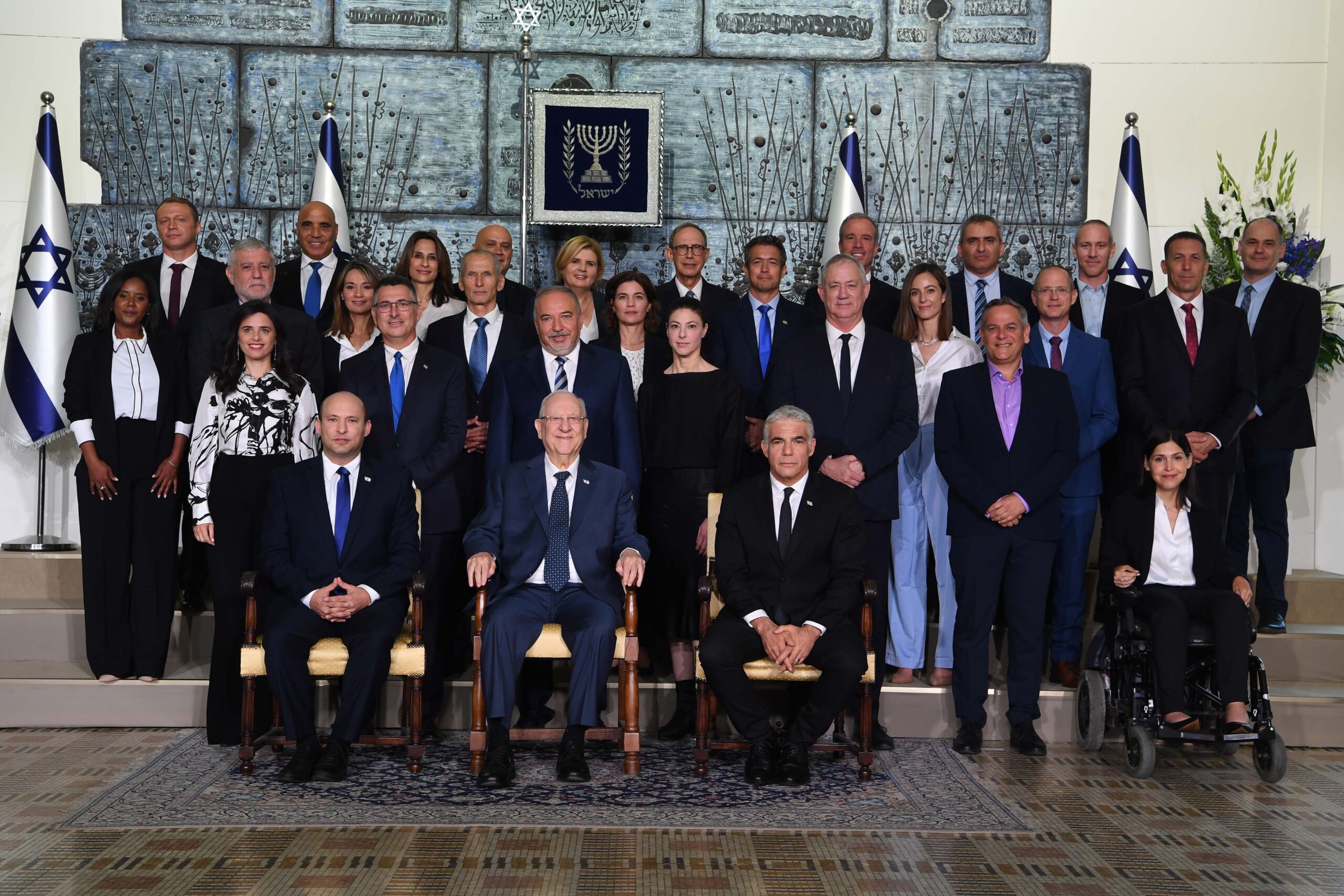 Israel’s thirty-sixth government led by Naftali Bennett and Yair Lapid was formed on 13 June 2021 after the fourth election in two years – since the three previous elections resulted in a parliamentary stalemate. The coalition agreement between the eight widely differing parties whose only common goal was to dislodge Benjamin Netanyahu from power – will have two prime ministers during its current term. The rotation agreement makes Naftali Bennett, party leader of the right-wing party Yamina, prime minister until August 27, 2023, when he hands over the post to Yair Lapid, party leader of the center right Yesh Atid party, who will then sit until November 2025. The government is the first in Israel’s history to include an independent Arab-Israeli party, Ra’am with party leader Mansour Abbas, in the governing coalition. Although he has the same last name as the Palestinian leader, he is politically closer to the Islamist party Hamas than the Fatah party in the West Bank. The coalition won the vote in the Knesset by 60 votes to 59, when a member of the United Arab List abstained. The great challenge for the government was the distribution of ministerial posts between the eight right, left and center parties. The government negotiations also took place at the same time as palestinian protesters and Israeli police clashed in Jerusalem upon which Hamas fired 400 rockets at Israel followed by Israeli airstrikes on the Gaza Strip and riots by Israeli Arabs inside Israel. The government talks were frozen when the United Arab List refused to continue participating unless the security situation was resolved and even Yamina believed that the ongoing conflict would hinder a governmental ability to deal with the security challenges facing the country.

Iran and the United States

The former Labor Party leader, Isaac Herzog, was elected the eleventh president of Israel, and on the night of June 2, just hours before the end of Lapid’s mandate to form a government, the United Arab List gave its support to the Bennett-Lapid government and less than an hour before his term expired, Lapid announced to outgoing President Reuven Rivlin that he could form a new government. Israel’s new government not only faced major internal challenges. Iran’s nuclear threat and active support for Hezbollah on Israel’s northern border (with Lebanon) and Hamas on its southern border (with Gaza) are two others. The US stance on Iran’s nuclear deal and general queries as to Biden’s willingness to support Israel have posed a further concern. When the Israeli Prime Minister visited the White House in August, it was the first time in 12 years that the name of the Prime Minister was not Benjamin Netanyahu. Biden called Bennett less than two hours after he had taken office to arrange a meeting between the two. The meeting was postponed one day due to the terrorist attack in Kabul. Biden emphasized his decision to ensure that Iran never develops nuclear weapons. Bennett rejects a two-state solution that results in an independent Palestinian state, a solution that Biden has been advocating for years.