Excavated catapult stones are physical evidence of the famous Battle of Jerusalem that took place nearly 2,000 years ago when the Roman legions stormed the city and destroyed the Second Temple. 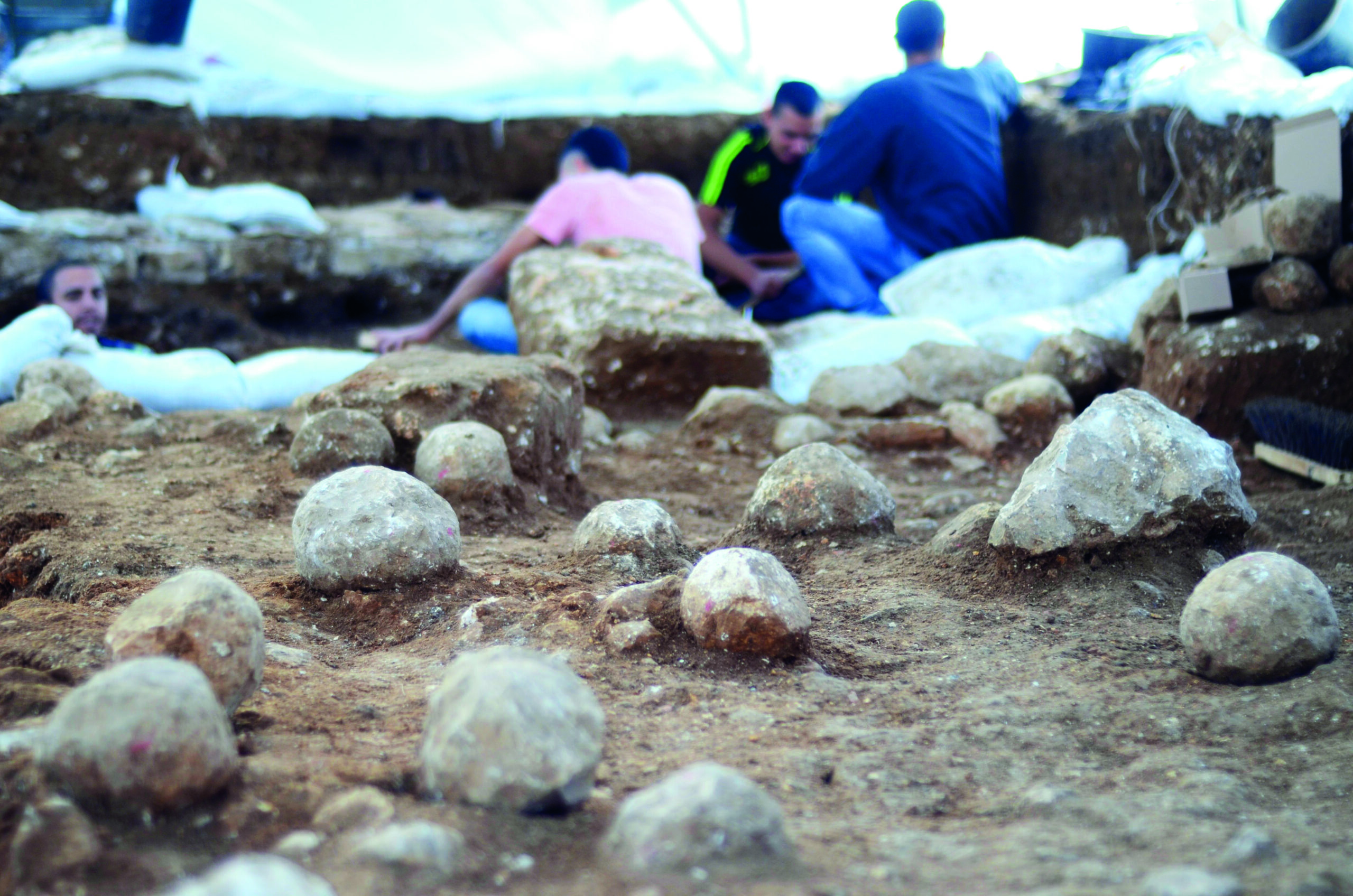 Excavations in Jerusalem have found Roman catapult stones used in the Battle of Jerusalem in AD 70. Photo: Israel Antiquities Authority

In August, the Israel Antiquities Authority unveiled the results of a new research project that sheds light on the strength of the Roman army and the locations of their attack on Jerusalem in the battle that led to the destruction of the Second Temple.
The temple was destroyed in AD 70 after a four-month siege and intense battle led by the Roman general Titus to take the city and suppress the revolt launched by the Jews four years earlier. The Romans had a large, well-trained army, equipped with the best military innovations of their time. It was a ruthless war machine, says Kfir Arbiv, researcher at the Israel Antiquities Authority.
Arbiv has systematically recorded Roman military equipment found in connection with excavations at Jerusalem, excavations he has led together with Rina Avner.

The Roman arsenal found so far, includes hundreds of catapult stones of various sizes that were hurled from sophisticated throwing-machines at distances of 100-400 meters, small rocks used by well-trained infantry, and catapulting machines that fired spearheads at a distance of 150-200 meters.
In addition, spears, swords and spearheads, including heavy arrowheads capable of penetrating armor, have been recovered.
– We know from historical sources that the Roman army used massive wooden poles to ram fortifications, and siege towers as high as the walls, but these have not yet been found in Jerusalem, says Amit Reem, director of the Jerusalem region of the Israel Antiquities Authority.
Arbiv’s research has focused on hundreds of catapult stones and his analysis has categorized various sizes and weights. Some, aimed at people, were fired at the walls to prevent the Jewish rebels from appearing above the walls, and other heavier ones were fired powerfully at the walls to penetrate them.

All data were compared with the famous Jewish historian Josephus’ contemporary and detailed descriptions of the battle of the conquest and destruction of Jerusalem, in his book, “The History of the Jewish War with the Romans”.
According to this research, some of the Roman army’s artillery machines were located in the center of modern-day Jerusalem, near Nahalat Hashiva, nicknamed “Cats’ Square”.
The research also shows for the first time the likely locations where the Roman army entered the city.
The excavations of the Russian quarters revealed part of the third wall, the third line of defense that surrounded the city.

An exceptionally large concentration of catapult stones was found at one point, some broken from use.
It is clear that the Roman army concentrated its efforts here, and hundreds, if not thousands of catapult stones were directed at this strategic location.
According to Eli Eskosido, director of the entire Israel Antiquities Authority, this physical evidence reflects the vast resources used by the Roman army in Jerusalem. They also reveal the extremely fierce fighting that eventually led to the destruction of the Second Temple.
“Despite the internal factions and the impossible odds, a small group of Jewish defenders held off the Romans for a few months until the tragic destruction of the city. The use of updated research methods reveals more and more about the fascinating history of Jerusalem,” says Eli Eskosido.