The Shavuot, or Feast of Weeks, is celebrated seven weeks (on the 50th day) after Pesach and lasts for two days. Shavuot is a harvest festival but is also celebrated as the occasion when God gave the people of Israel the Ten Commandments on Mount Sinai. 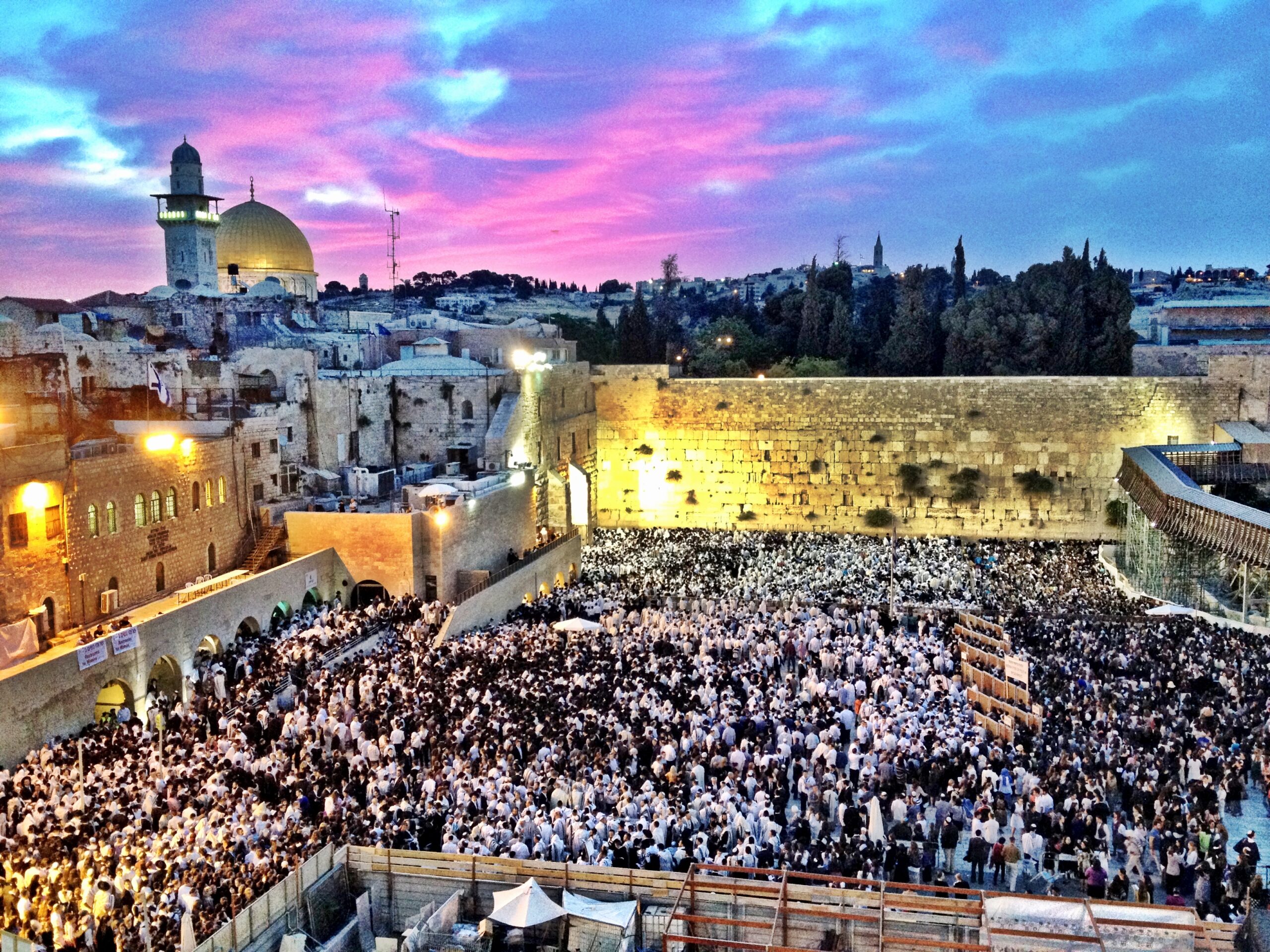 Shavuot is celebrated with studies in the Torah all night, ending with a prayer service at the Western Wall at sunrise. One week before Shavuot in 1967, the Israeli army recaptured East Jerusalem in the Six Day War and on Shavuot Day, the army opened the Western Wall to visitors. More than 200,000 Jews then came to pray at the site. Photo: Daniel Majewski

In the Bible, Shavuot is also called the Feast of the First fruits: “On the day of the first fruits, when you bring a new grain offering to the Lord at your Feast of Weeks, you shall have a holy convocation. You shall do no customary work” (Numbers 28:26 NIV). Shavuot, together with Pesach and the Feast of Tabernacles were the festivals when the people were to gather in the temple at Jerusalem.

The Jewish people were given the stone tablets containing the Law just before Shavuot, according to Exodus 19, and the giving of the Torah is central to Judaism. Shavuot celebrates the covenant between God and the Jewish people because the Jews received God’s law in the form of the Torah. Shavuot can thus be described as the birthday of the Jewish people.
Jews in the diaspora called Shavuot “Pentekoste”, from the Greek word for fifty, because the festival falls fifty days after Pesach (Passover) – compare the English Pentecost. Two leavened loaves were to be served, in contrast to Pesach when the bread was to be unleavened.

Birthday of the Church

The Bible describes how the disciples were in Jerusalem celebrating Shavuot when the Holy Spirit descended on them in Acts 2. Jews from all over the Roman Empire were gathered in Jerusalem at the festival and so many of them were deeply affected by what happened that “… the number of disciples increased that day by about three thousand”.
The outpouring of the Spirit on the day of Pentecost is usually counted as the birthday of the Church when a ‘first fruit’ of all those who would later be saved, were saved. The prophet Ezekiel (36:27) describes the connection between the Spirit and the law: “I will put my Spirit within you and cause you to walk in my statutes and you will keep my judgments and do them.” (NIV).